The Meeting is coming soon 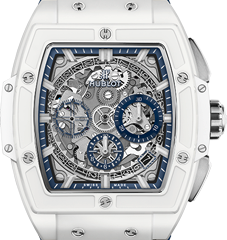 The Meeting Filmfest returns to Aspen for its 16th season in a new setting. Due to Covid-19, The Meeting will see a change of venue to the Audi Drive-In Theater this year. The Meeting Filmfest will feature a carefully curated collection of the year’s best ski, snowboard and adventure cinema, featuring local riders in local mountains. Gather the squad and enjoy this visual powder day as we start the countdown to the 2020-2021 winter season.

In 2017, Rickey Gates ran from South Carolina to San Francisco - a journey of 3700 miles over the course of five months. The run was about getting to know both himself and his country to a much better degree - especially during these times of divisive politics and polarized societies within our own borders. The result of this run was a book, “Cross Country” published in April of this year by Chronicle Books and a 75 minute feature film Transamericana.

About Rickey Gates
Born and raised in Aspen, CO, Rickey Gates has been described as a “conceptual runner” combining the practice of endurance running with the artistic mediums of photography and writing. After nearly a decade competing on a national and international mountain, trail and ultra running circuit, he took his love for ultra-endurance, storytelling and photography to his project-based runs that have included a run across America, every single street in San Francisco and currently the 50 classic trails of North America.

Gates is a deeply curious individual with an immense interest in the inner workings of society, self, nature and the human potential. His debut book Cross Country published by Chronicle Books, will be released in the spring of 2020. In this book, Gates invites us along on his 3,700 mile journey across the United States through over 200 photographs, stories of individuals and ultimately the innermost depths of his own mind. Cross Country will be released alongside TransAmericana, a feature-length film produced and directed by The Wandering Fever and his sole sponsor, Salomon.